The Latest in .NET Development at VS Live Part 2

In the previous part, Mikael Gidmark, started sharing our experience from VS Live in Austin in May. There were three different workshops to choose from on the first conference day at VS Live. We decided to check out “Building Modern Mobile Apps”. The goal of the workshop was to provide an overview of a few different ways to develop modern apps. 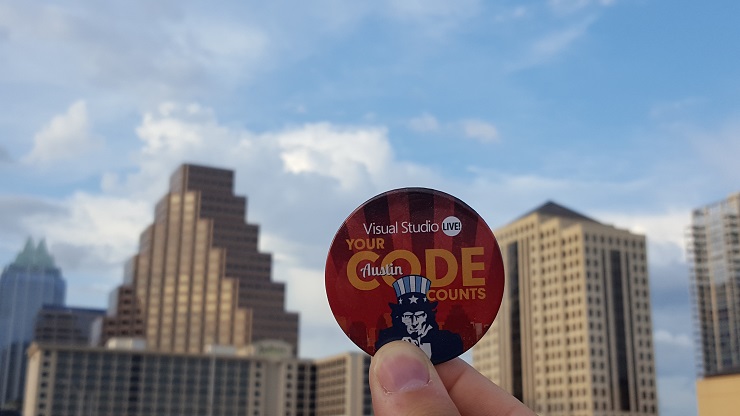 In this article I will share some things from the first part of the workshop with the topics of what to have in mind when selecting target platform and technology for development. Kevin Ford and Brent Edwards at Magenic were responsible for the workshop.

What Defines a Modern app?

Which Target Platforms to Select

The three largest platforms on the market for mobile units is not surprisingly iOS, Android, and Windows. Since Windows is still a small player in the context, the workshop was focused on Android and iOS.

If you don’t have enough resources to develop an app for all platforms, or want to select a platform to start with, there is some things to consider.

If you look at sold units globally, Android has 81.6 %, and iOS 15.9 % (figures from Business Insider based on sold units in the world 2015). Given this it should be self-evident that you should select Android as the first platform, but it isn’t that simple

Before you get started with the app development, it is therefore important to evaluate which platform that is most common in the region and target group that you aim at.

Some of the largest challenges of app development for Android are:

If you look closer to for example OS version, you can see that it drags before the OS version is updated. Today, almost every third Android unit uses KitKat, which was released in October 2013, and 23 % runs even older versions. This is probably partly that the mobile manufacturers aren’t that interested in releasing new OS versions to old units.

Some of the challenges of app development for iOS are:

iOS doesn’t suffer the same delay in OS, where 84 % of the units running iOS 9.

If you decide to develop an app for multiple platforms, there are a number of technologies to choose from to help you share code between them. In the workshop, strengths and weaknesses of the following technologies were discussed:

This means that you develop your app mainly for Android, iOS, or Windows.

Cordova is a hybrid solution where you basically develop in a web environment, providing a possibility to package an app for distribution in the different app stores. Cordova also offers plugins to integrate with the units’ hardware.

Xamarin is a product which lets you write your apps in C#, and lets you divide code between different platforms. Xamarin has previously required a pretty expensive license, but since Microsoft bought them earlier, the product is now free and included.

Xamarin says that you can dive 80-90 % of the code, but the lecturer in this workshop think 60 % is closer to the truth.

Xamarin.Forms is an addon to Xamarin that abstracts the platform specific UI management, allowing the developrs to create user interfaces that can be shared between Android, iOS, and Windiws Phone.

It is not self-evident which platform to select for your app, and you might need to check out the market to find out which the most common platform is for your target group.

When it comes to decide technology, all have both pros and cons. If you target users that aren’t that picky if the iOS app doesn’t follow Apple’s design guidelines in all aspects, you might finish faster with a Cordova app or a mobile site.

If you do have pickier users, Xamarin might be the right way without limitations in user interface and functions.