During a few days in May, we attended MS Build in Seattle, a conference that sells out quickly. The schedule was full, and we want to share some of the things that we take with us. 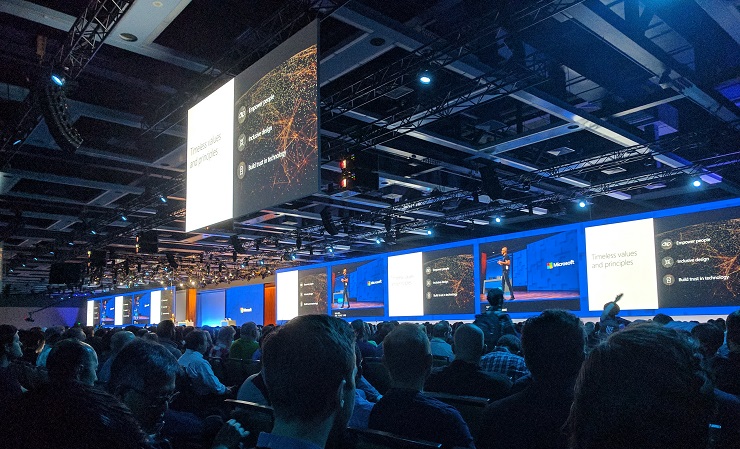 What is .NET Core?

.NET Core is a new framework from Microsoft, version 1 was released in June 2016. The big difference from .NET Framework is that it is open source with support for Windows, Linux, Unix, and MacOS. The goal of .NET Core is to create an open and flexible framework with more options in language, platform, and usability areas. You should be able to reuse large parts of your code base, no matter how or where you run the application. .NET Core implements the specification .NET Standard, which makes it compatible with other frameworks as .NET Framework, Xamarin, and Mono. .NET Core is trying to unite the wide landscape of different products in the .NET family, to make it easier for both experienced developers, as well as new ones.

.NET Core 2.0 is a large upgrade from version 1, and is released together with the new specification .NET Standard 2.0. The result is over 20,000 new APIs compared to .NET Standard 1. This means a wider support for existing .NET Framework, NuGet package and libraries from 3rd party that implements .NET Standard. It is easier to unite different parts and build exactly the applications you want.

As a part of widening the use of .NET Core, more Linux distros have been given support, and also the possibility to develop to Linux as if it was only one operating system. This is nice if you don’t want to limit yourself to one specific distro. There is also support for Visual Basic.

Following the new .NET Standard, there is also a new version of ASP.NET Core that implements this standard. ASP.NET Core 2.0 comes with a number of improvements. The command support is wider and better, and the integration to Azure is built to make it easier to create apps, logging, and diagnostics. Razor Pages are added, which is an easy way to create single pages without a complete MVC structure. Although it’s built on existing MVC to expand after need.

A number of performance improvements and adjustments have been made. The project file .csproj is smaller and easier. Better templates for new projects, to reduce the manual configuration. Applications start faster, and are also smaller in size at deploy. Thanks to a runtime store where the standard library ends up after installing .NET Core. It saves both disk space and memory use at the server. This is especially useful if the same server runs several applications.

We look forward to more news and launches.