For the first time, Nordic Retail Summit was arranged by Svensk Handel in October in Stockholm. A full day was offered with interesting speakers and the opportunity for rewarding networking during the day and concluded with the Retail Awards and dinner in the evening.

It was a successful event with good attendance from the industry and very good content on stage throughout the day with keynote speakers and panel discussions. The theme for the day was four megatrends shaping tomorrow's trade.

Geopolitical challenges in the international arena – implications for trade

Anders Borg, former finance minister, opened and talked about the macroeconomic situation. He highlighted trade's geopolitical challenges and how they can be met.

The start-up after the Covid pandemic that we are now experiencing has led to imbalances in logistics systems as well as a lack of personnel. Energy prices for both electricity and oil have been pushed up in the wake of the war in Ukraine. All of this combined has led to rampant inflation which in turn leads to interest rate hikes to curb inflation. He reminded that Sweden is in a relatively strong position with great innovation power and a low national debt with Swedish companies reinvesting in the country.

The advice is to adapt quickly as a company. To create a closer relationship with their customers and to be responsive to the needs that exist as well as to review which pricing strategies to use. It is now even more important with new thinking and innovation to capture purchasing power.

The circular economy – new business models and innovation in trade

For the first time, Patagonia's Tom Vangeneugden, Head of Retail EMEA, spoke in Sweden. The megatrend he talked about was the circular economy and the new business models and innovation in trade. Patagonia has a goal to work away from the retail industry's reputation for mass consumption and negative environmental impact with a different business model that is more circular. They have a clear strategy to repair and reuse clothes. During the entire lifetime of the garment, you as a customer can have it repaired free of charge. It would have been interesting to know more about the actual business setup and how it all comes together, but we didn't get any details about that.

In the panel discussion afterwards, Emma Garrote Fredman, Global Sustainability and Production Manager at Gina Tricot, told us that their philosophy is not to make sustainability a choice for the customer, but that their idea is to make the garments as sustainable as possible for the company to have such a small negative impact as possible. This felt very genuine and honest. It is very easy to end up in a tricky contradiction when, on the one hand, you want to sell and are dependent on selling, but on the other hand, all consumption creates an impact on the environment. So, trying to do all the steps in what is actually being done as well as possible is a very reasonable sustainable way forward that is not just greenwashing.

Lyko had done a pilot together with Instabox around reusable packaging that was used between companies. When the product was delivered into the Instabox, the product was removed from the packaging and returned to Lyko. This had turned out well and sounds like a very wise measure to reduce packaging.

The panel agreed that more cooperation between actors is needed, as well as common industry standards and rules of the game that are the same for both Swedish and international actors.

The Metaverse – consumer trends and commerce in a digitized society

In conclusion, the theme was the Metaverse and what possibilities there may be in this. Emma Chiu is the Global Director at the PR agency Wunderman Thompson Intelligence, which every year releases the Future 100 report. It was a good draw that dispelled some of the fog about what the Metaverse really is and what can possibly be included in this.

In short, you can say that it is a collective term for several of the larger games/platforms where you have some type of virtual reality or augmented reality where you can buy and sell things and act a bit like you would in real life. This is in its early stages but a lot of this is very well established among Gen Z and Gen Alpha and there is already a lot of money being spent on buying virtual clothes, gadgets and things that only exist in the world of games. It will grow more and more and probably at a rapid rate.

The day ended with Retail Awards, where Svensk Handel named winners in nine categories, including Kicks for Digital Investment of the Year and Stadium for Logistics Solution of the Year. We are happy to book October 4 2023 in the calendar as we look forward to the next Nordic Retail Summit. 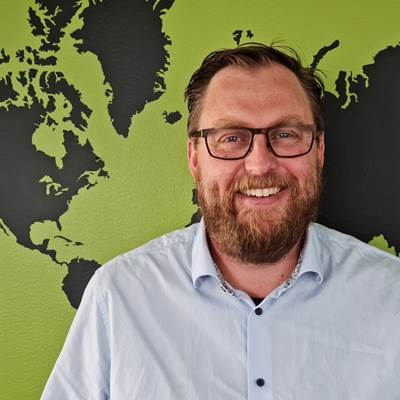